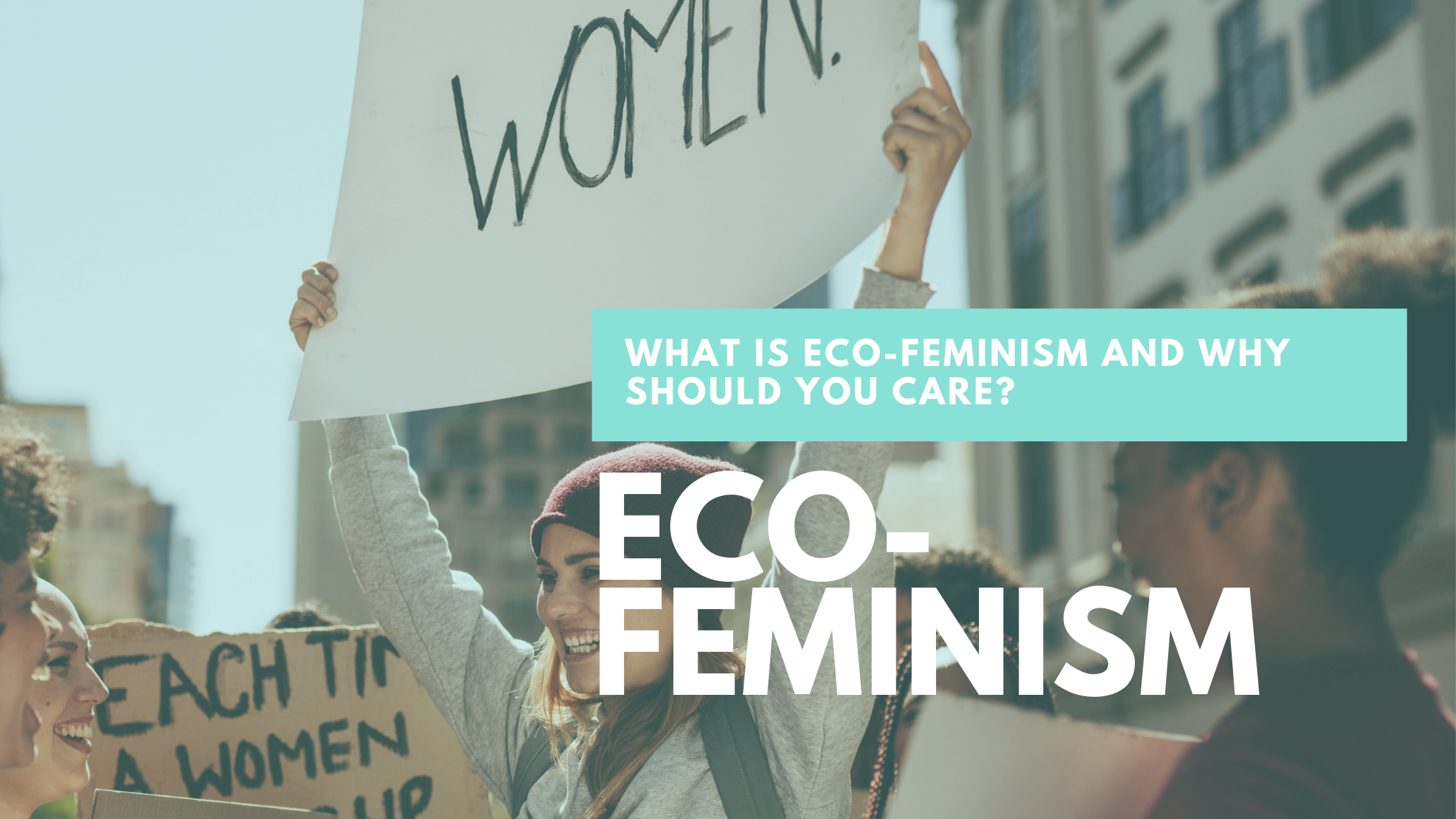 why should we care?

As we reach the end of Women’s History Month we would like to take a moment to reflect on the relationship between women and nature. We have already learned about intersectional injustice, where indigenous communities are often marginalized and belong to the most affected groups by waste dumping. Intersectional justice appeals for environmental ratifications within the institutional system. So, then what about eco-feminism? What does it mean and when did the term because so influential?

You may be wondering about the difference between feminism and ecofeminism. We got you! While feminism focuses on emancipation of women, ecofeminism looks not only at women, but also at other marginalized groups based on ethnicity, race, sexuality, religion, etc. It views the same oppressive system that marginalizes these groups as the same one ruining the environment; a combination of patriarchy, misogyny, and capitalism. This is the system that feeds on profit and hierarchy.

Let’s start by the explanation of the waves of feminism.The first wave of feminism took place in the late nineteenth and early twentieth centuries, emerging out of an environment of urban industrialism and liberal, socialist politics. It formally began at the Seneca Falls Convention in 1848 when three hundred men and women rallied to the cause of equality for women. The goal of this wave was to open up opportunities for women, with a focus on suffrage.

The second wave began in the 1960s and continued into the 90s. It unfolded in the context of the anti-war and civil rights movements and the growing self-consciousness of a variety of minority groups around the world. In this phase, sexuality and reproductive rights were dominant issues, and much of the movement’s energy was focused on passing the Equal Rights Amendment to the Constitution guaranteeing social equality regardless of sex. Whereas the first wave of feminism was generally propelled by middle class, Western, white women, the second phase drew in women of color and developing nations, seeking sisterhood and solidarity, claiming “Women’s struggle is class struggle.” At this time eco-feminism was coined to capture the bond between women and nature (Martha Rampton, 2015).

The third wave of feminism began in the mid-90’s and was informed by post-colonial and post-modern thinking. It led to women defining feminine beauty for themselves as subjects, not as objects of a sexist patriarchy. Learning from these 3 waves we are currently in the fourth wave; characterized by the use of internet tools, and intersectionality to advance empowerment and emancipation of women (Martha Rampton, 2015).

So how does this relate to ecofeminism?

Ecofeminism as mentioned already emerged in the 1970’s during the second wave of feminism. It brings together elements of the feminist and green movements, while at the same time offers a challenge to both (Mary Mellor, New York Univerity Press, 1997). So, in particular, women are more likely to live in poverty than men due to less access to basic rights across the world. They are also more likely to face food, water, and energy scarcity, and a lack of economic independence and less access to education.

The embedded relation between nature and women derives from believing that both are interrelated. One example of this refers to the fashion industry which is built on the exploitation of black, brown, and indigenous women and their labor, as most garment workers are Asian and Southeastern women. Ecofeminism recognizes the relationship between the two and emphasizes the need for increased awareness and accessibility of education. Project Drawdown lists educating women and girls as number six in its list of the 100 most pivotal actions to reduce our environmental impact. Through receiving education and adopting an independent outlook, women are able to make more decisions for themselves and regain independency (Ecoage, 2020).

This goes both ways. It is also our job to recognize embedded inequalities and spread awareness. At Freshtable we aim to create a proactive community and exchange information regarding inclusivity, well-being, justice and sustainability. Ecofeminism is just one topic among many that we have yet to learn about. For now, engage in discussions and motivate others to do the same, and of course, come back to this blog soon for some more fresh insights!